This song was recorded more than forty years ago. It is a sad fact that nothing has changed except the names and the war zones. Work and pray for justice and peace in our world. 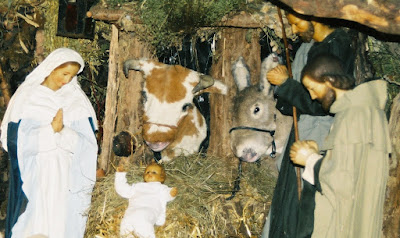 THE SACK OF THE JESUIT COLLEGE 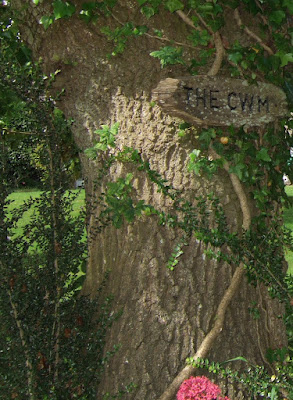 Early in the 17th century, with the financial backing of the Somersets of Raglan Castle and the Morgans of Llantarnam, the Jesuit College of St Francis Xavier was established at a place called the Cwm, on the Monmouth/Hereford Border. The selfless and heroic priests there ministered to the Catholics in that area and for many years, despite the severe anti-Catholic Laws, went about their work unmolested. For the most part, the authorities were content to turn a blind eye to the practices of their Catholic neighbours, the “plant Mair” as they were sometimes called. There were, however, some who harboured such fierce hatred of Catholics that they would stop at nothing in their efforts to eradicate every last vestige of the Old Faith. One such was John Arnold of Llanvihangel Court. Arnold was a Justice of the Peace and Member of Parliament whose main ambition in life appears to be the rooting out and elimination of all things Catholic. In this ambition Arnold was wholeheartedly supported by John Scudamore of Kentchurch and Charles Price of Llanfoist.
John Arnold and a number of like minded Protestants presented to Parliament a detailed account of Catholic activities in Monmouth and Hereford. They claimed to be alarmed at the growing strength of popery in the region. Arnold and Scudamore appeared before the House of Commons to expound their already wide-ranging account of Catholic activities. Of course, the Cwm was mentioned but there was no suggestion of any political activity there. Then Titus Oates and his Popish Plot burst onto the scene! Originally, Fr David Lewis was the only Jesuit at the Cwm who was mentioned in the Plot. Later, when Chepstow born William Bedloe was inspired by monetary gain to throw in his lot with the perjurer Oates, Fr Charles Pritchard was accused of being one of the murderers of Sir Edmund Berry Godfrey. Things became very dangerous for the priests at the Cwm so Fr Lewis, who was the Superior, decided to evacuate the College. The priests hurriedly hid books, altar plate, vestments, and anything relating to Catholic service and practice. Then they dispersed, some to the homes of loyal friends but most to battle with the rough terrain and pitiless weather conditions.
In December 1678 the Lords ordered an investigation of the Jesuit College. The Bishop of Hereford, Herbert Croft, was appointed to head this investigation and he was enthusiastically assisted by John Arnold, John Scudamore and Charles Price. By this time, apart from a few servants, the College was deserted. The miscreants gleefully went about their work, removing books and papers from a room which had a hidden entrance. The Government ordered that all Catholic books were to be burnt and, should any be retained, these were to be catalogued. Many books disappeared but more than a hundred still survive in the library of Hereford Cathedral. These stolen books had been taken there by Bishop Croft to replenish the Cathedral’s own depleted library.
A collection of altar plate seized in the raid came into the hands of Charles Price. Despite orders to the contrary, he refused to hand over the ill-gotten loot. The Privy Council commanded that all title deeds to Jesuit property should be sent immediately to Whitehall. However, nothing was forthcoming and Bishop Croft was ordered to appoint someone to administer the Cwm in the interest of the Crown.
The lease on the premises did not expire until 1737 but tragically the Cwm was never again occupied by a Jesuit presence. Most of the original College was demolished and, in 1830, the present house was built. Some oh so appropriate lines of T S Eliot’s “Murder in the Cathedral” come to mind; “From such ground springs that which forever renews the earth though it is forever denied.” 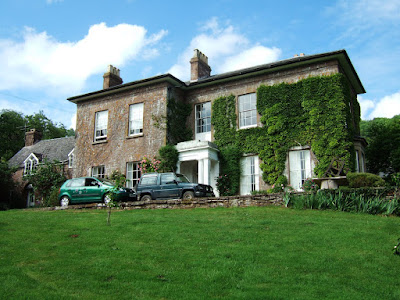 THE STOCK OF JESSE 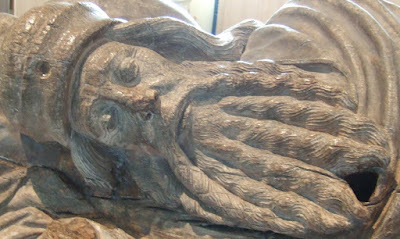 The first reading at Mass today, the second Sunday of Advent, is Isaiah 11:1-10. Isaiah tells us that “A shoot springs from the stock of Jesse, a scion thrusts from his roots:” In the Genealogy of Jesus Christ as related in Matthew 1:1-17 and Luke 3:23-28, we see that Jesus descended from Jesse’s son, King David, and therefore, from Jesse.
Since medieval times Jesse has been placed at the base of Christ’s Family Tree. From the eleventh century the Tree of Jesse has been portrayed in religious iconography. In the representation of the Tree, it is usual for Jesse to be portrayed recumbent with a tree rising from his body and the ancestors of Christ portrayed in its branches, with Christ at the summit.
St David Lewis was born in Abergavenny in 1616. Although his mother, Margaret Pritchard, was a devout Catholic, David’s Protestant father, Morgan Lewis, brought David up in the Protestant faith. As a Protestant, David would have been baptised and attended services at St Mary’s Priory Church in the town. This beautiful and ancient church still serves Abergavenny today. Led by its popular and dedicated vicar, St Mary’s is a vibrant parish. Its recently restored Tithe Barn is a delightful and informative place to visit but the Priory Church itself is chock full of interesting features and historic treasures. Perhaps its most famous is its Jesse!
The Abergavenny Jesse is a 15th century figure carved from a single piece of oak. This recumbent Jesse was the base of the Jesse Tree and the Virgin & Child were at the top. The tree was probably around 30 feet high and it is thought to have been a reredos. Originally, the Abergavenny Jesse Tree was vividly coloured and it is still possible to see traces of colour in the details. This magnificent work is one of the finest medieval sculptures in the world. It is our good fortune that, despite the wanton vandalism of Henry VIII in the 16th century and Oliver Cromwell in the 17th century, this beautiful piece of artwork survives.
It gladdens the heart to think that St David Lewis might have looked upon the same Jesse that we can contemplate today. If you live within visiting distance, make it part of your Advent preparations for the coming of Christ. Marvel at the work of this unknown artist then treat your soul to a few quite moments meditating on the words of Isaiah; “A shoot springs from the stock of Jesse, a scion thrusts from his roots:” 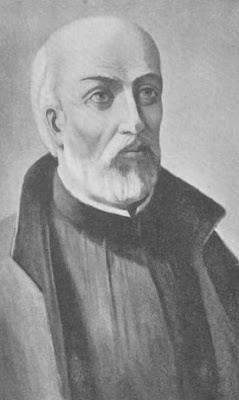 I think it is a little early to be singing Christmas Carols but I am posting this one especially for Tom. Tom inquired about the Christmas Carols written by St Jean De Brébeuf and this is the only one that I know of. So here you are Tom. I hope you enjoy it.
“JESOUS AHATONHIA” (“THE HURON CAROL” OR “TWAS IN THE MOON OF WINTER TIME”) was written in the Huron language by Fr Jean De Brébeuf in 1643. It was set to the music of an old French tune and it is said to be the oldest Canadian Carol. The Carol has been widely recorded and is found in the Hymn Books of several Christian Churches in Canada. Jean De Brébeuf was a French Jesuit who worked among the Huron Indians in Canada. He was martyred by the Iroquois when they attacked the Huron village in March 1649. Fr Jean De Brébeuf was canonised in 1930.