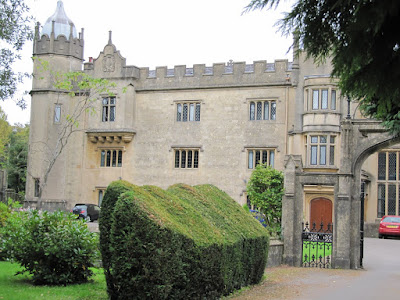 Llantarnam Abbey, the Cistercian Abbey of the Blessed Virgin, was founded as a daughter house of Strata Florida Abbey about 1179. The Abbey was dissolved in 1536, after Henry VIII’s break with Rome. Llantarnam Abbey had four bells, weighing, in total, more than 38 cwt. The four bells were acquired by a William Jones of Caerleon, who paid the sum of £15 to have them taken down, the lead removed and melted down. It was reported that the lead weighed over 4 fothers. (1 fother = 2,000 lbs.)

In 1561, William Morgan acquired the dissolved Abbey from the Earl of Pembroke, to whom it had been granted by Queen Elizabeth in 1559. A new mansion was built from the stones of the Abbey and Morgan, a staunch Catholic, maintained in the house a Catholic Chapel. Lady Frances Morgan, an Aunt of The Jesuit Martyr, St David Lewis, married a descendent of William Morgan and lived at Llantarnam until her death in 1676. The property passed to her son, Sir Edward who, although a Deputy Lieutenant and a Justice of the Peace, held fast to the Old Faith. He also kept a Catholic Chapel which was frequently crowded with Catholics of the surrounding area. In 1670, the priest hunter, John Arnold, informed the House of Lords, that “At Llantarnam, an eminent papist’s house in Monmouthshire, there is a room fitted up chapel wise for saying of Mass where Fr David Lewis, a popish priest, hath said Mass for many years past”. Indeed, for several years Fr Lewis had lived at Llantarnam Abbey with his relatives and ministered to the Catholics in the area. Later, to avoid endangering his relatives, the priest moved to a nearby cottage adjoining the blacksmith's opposite the church of St Michael Llantarnam. However, Fr Lewis continued to say Mass in the Morgans’ Chapel. According to a helpful young lady at the Rights of Way Office, the present Public Footpath, which runs beside St Michael’s Church, has been legally registered since 1967 but has probably been there as long as the church itself . What route did the faithful priest take to the Abbey? Did he walk parts of this path across the fields on his way to celebrate Holy Mass? 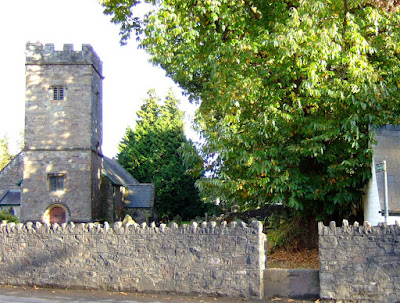 In the 1830s, Reginald Blewitt, a relation of the Morgans, restored Llantarnam Abbey. Later, Sir Clifford Corey bought the Abbey and, later still, it became the property of the Government. During the Second World War, it was used as a storage depot by the R A F. In 1946 it was purchased by the Sisters of St Joseph of Annecy. That year, on 26th October, the Feast of Christ the King, Holy Mass was joyfully celebrated there for the first time in two hundred and sixty-eight years. The celebrant was Fr John Cahalane, Parish Priest of Our Lady of the Angels, Cwmbran.

A large metal ring in the pavement, originally a tyring platform used by the wheelwright, marked the site of the blacksmith’s in Llantarnam. That was providential because it also marked the site of Fr Lewis’s cottage and, later, the old Post Office. Today, the old Post Office is a private house. The owners have preserved the metal ring in a beautiful garden of remembrance, which they have lovingly created in honour of the last Welsh Martyr, St David Lewis. 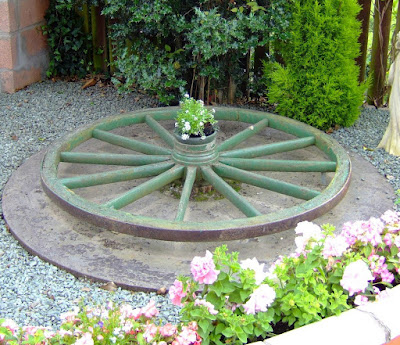